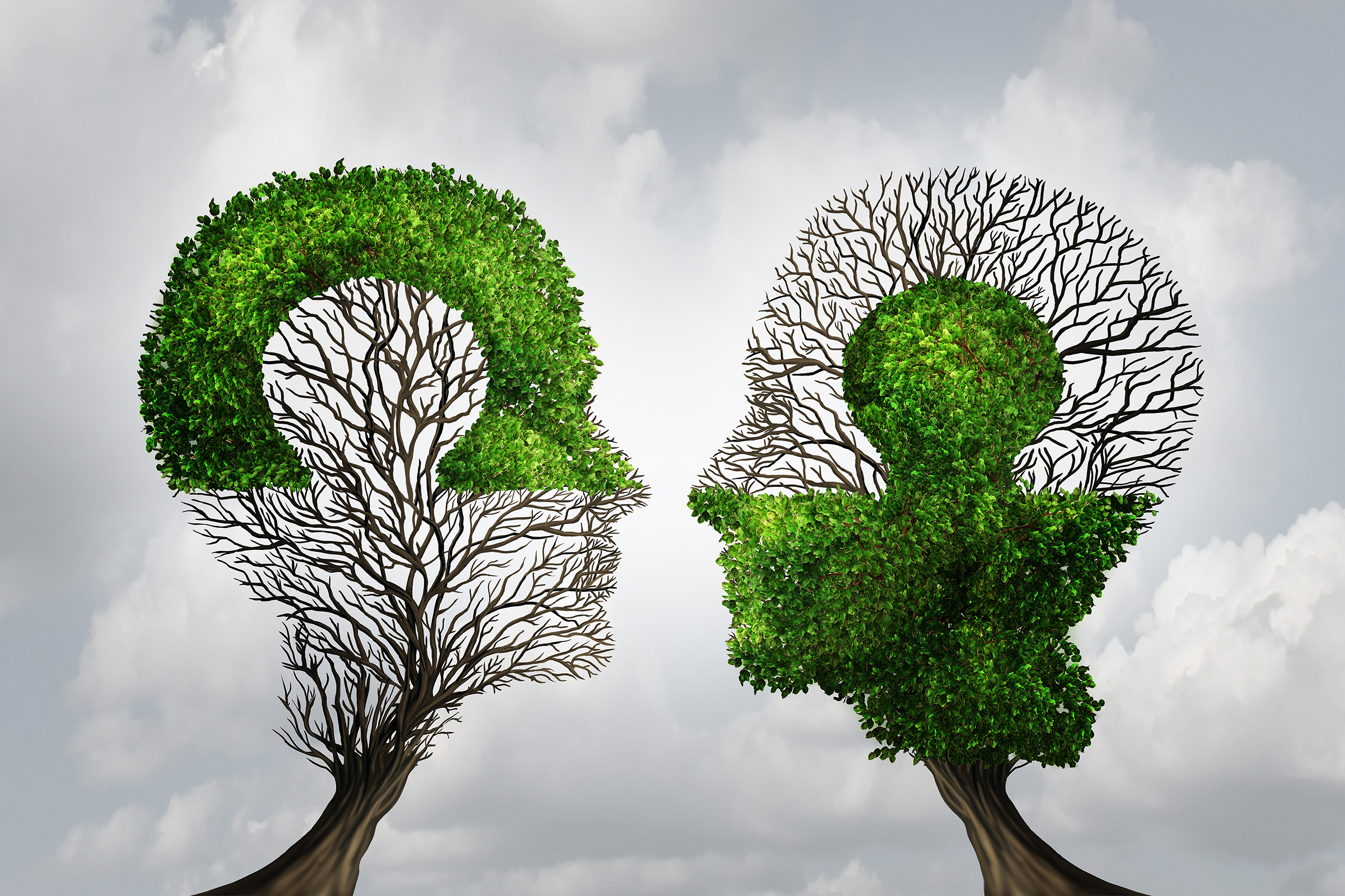 “A key tenet of partnering is that a benefit comes from creating a collaboration based on the ideal that the individual partners cannot accomplish their goals on their own: the partnership creates the ultimate win-win situation.” (Eddy, 2010, p.2)

Introduction to the collaboration

This quote summarises the objectives of Aston and Cranfield Universities when they agreed to work together to create an innovative employer-led undergraduate curriculum. This curriculum would form the basis of a pioneering new university provision, based in Milton Keynes, called MK:U. The two partners successfully applied for a Catalyst grant from the Office of Students (OfS) to facilitate their work.

Many of the key principles and outputs of this fruitful collaboration have already been disseminated via previous blogs and good practice events. To mark the formal end of this part of our partnership, the two principal investigators of the project reflect here on the importance of the collaboration and what the project has taught them about inter-university partnerships.

There are great opportunities for UK HEIs working together, or with employer and college partners, to be far more successful than the sum of their parts. This premise was the start of our collaboration. Aston and Cranfield have much in common, in that they are research-informed, their disciplines are all applied, and their mission is to make a difference to companies and the regions which they serve.

Key to our partnering, however, is also the fact that we have some distinct and complementary differences.

Aston is a full range university situated in the heart of a large city, Birmingham. At Aston, undergraduate-level education is predominant, it draws the majority of its students from the region and demonstrates a clear excellence in working with SMEs. Cranfield currently teaches only at postgraduate level, attracts a high proportion of international students to its specialisms in technology and management, is located on a large rural campus with its own research airport, and has built its reputation on working with larger companies such as Airbus and Rolls-Royce.

Aston and Cranfield’s Executive teams decided that, based on Aston’s long history of industry projects and placements and Cranfield’s recent appointment as lead HEI for MK:U, an important partnership could be developed in the area of education innovation. Our OfS Catalyst project for education innovation that would feed into Aston, Cranfield and MK:U ran from 2018 to April 2021. From the outset, the support and backing of the two Vice Chancellors was key to the development of the relationship.

We began with fortnightly conference calls between the teams at Aston and Cranfield. However, it soon became clear that some frustration from both sides was creeping into the project calls because of a different understanding of where we were going and what we needed to do to get there.

In retrospect we can understand why this was. We made assumptions about our similarities, and assumed that, because we shared the same values, we had the same understanding of the project roadmap and how tasks fed into the project objectives. The two PIs quickly recognised that team meetings were not the right venue for dealing with problems; those should, instead, be focused on goals and outputs.

A quick change of approach

Recognising that a different approach was needed, the PIs set up a separate series of one-to-one meetings between themselves, generating a list of matters that they needed to deal with privately. This shared list enabled the PIs to talk openly together about any concerns and to deal with them, enabling the team-to-team meeting to focus on positive progress and achievements. Where either side felt there was an issue, they began referring it to the PIs’ one-to-one for resolution.

Soon all outstanding issues had been dealt with and the list was discontinued. The practice of alternating one-to-ones with team meetings was, however, such an effective mechanism that it continued throughout the project. The PIs used their one-to-one to discuss major project decisions, agree periodic reporting, create project collateral such as videos and blogs and, increasingly, to consult on broader senior leadership matters of interest to both Universities.

Developing a culture of openness

The next stage in the relationship was wider exchange, e.g. the introduction of six-monthly workshops of up to 50 colleagues across both universities. We alternated these sessions physically between Aston and Cranfield (the 2020 meetings took place virtually), using them to broadcast the work of the project to our colleagues across both universities and to showcase our key strengths to one another. Thus, for example, Aston brought some of their placement students into a meeting; Cranfield ran tours of its interactive TV studio.

The ‘golden thread’ running through all these interactions has been shared representation. Each session or activity has both an Aston and a Cranfield speaker, often alongside externals, to emphasise the joint creation of knowledge. We followed the same principles when we co-hosted a sector-wide virtual conference in September 2020 which attracted over 80 attendees.

Where did we reach?

“Our approach to improving pedagogy accentuates the importance of focusing less on public exercises in showcasing manufactured manifestations of excellence and more on collaborative and collegial activity.” (O’Leary and Wood, 2019, p.136).

As the project has developed and accelerated we have seen a number of ‘show and tell’ events developing between Aston and Cranfield, focusing on specific activities. For example, after Aston opened its new Students’ Union building, a Cranfield team visited and heard about lessons learned. An Aston academic joined a team meeting at Cranfield to discuss MK:U’s entry tariffs. The Aston team put the first MK:U degree apprenticeship proposal through its own course approval process as a ‘dummy run’ for the Cranfield validation panel. Meanwhile, Cranfield shared information about its approach to executive development and involved Aston as its undergraduate partner in a project to develop a new HEI in Oman.

Over time, we started to know each other as individuals rather than institutions. By the end, via the iterations and collegial activity of more than two years, we reached what we can only describe as a rich, deep, trusting, and we hope, lasting partnership. Indeed as we write, we would almost say we are one team – diverse, aware of our differences, but keen to share whenever needed.

What did we learn?

Our first learning was that we should have ensured that we had a common understanding right from the beginning. We had written the grant application together so we had an overall framework, but we had not taken into account the different cultural approaches and ways of operating at the two institutions.  We learnt as we went along, and perhaps that got us to a deeper, better position at the end, but it would have been better to start from the same assumptions.

Our second learning was that, once we realised we were not on the same page, we addressed it head on and immediately. The PIs had some direct and challenging conversations. They were confident enough to express how it felt from each side, and they were able to remind each other of their common aims. Good, shared leadership – and listening – was very important.

These informal channels of communication were very important, but our third learning is that formal project management structure and protocols were essential to keep everything to plan. A “light bulb moment” for the Aston team was seeing the project management plan physically at Cranfield. From then on both teams felt that they were fully sharing. These two learnings together demonstrate a component of the collaborating literature:“central to organizational or individual collaborations are a series of processes. Better understanding of the components of how collaborations develop can thus result in more effective joint ventures.” (Eddy, 2010, p.1) In this way we became, gradually, and without knowing it, one team.

Our fourth learning was that once embedded and second nature, informal project management largely replaced the formal. The framework of multiple regular contact, the cross-institutional workshops and shared publications, led to an increasingly creative collaborative environment. Getting to know one another as individuals and talking regularly were essential. Eventually, full trust was reached and the partnership became more than the sum of its parts. As Maguad (2018) says “the systems view of quality postulates that product or service quality comes as the result of interactions between various components that comprise a production process.” (p.229). We learned that working through problems, clarifying processes and, above all else, meeting and talking frequently, created a powerful ‘glue’ between the team.

At this stage, we reached what we had hoped to at the beginning. As we write our final OfS report we see:

“…a community-driven, contextually rich mix of processes fundamental to the emergence of high-quality learning as well as personal and communal growth.” (O’Leary and Wood, 2019, p.136)

That is the point of inter-university partnership that we have reached, and we are now looking for something further to collaborate on. We are so much now the sum of our parts, that we won’t feel right working on our own!

Professor Helen Higson, Chair in Higher Education, Learning and Management, Aston University and Professor Lynette Ryals, Chief Executive of MK:U Ltd and Pro-Vice-Chancellor, Cranfield University are co-founders of the Centre for Innovation in Learning and Education (CILE). The joint virtual centre aims to develop new knowledge in innovative education, business-engaged educational design and innovative delivery modes in undergraduate provision within UK Higher Education. Through joint research, the sharing of best practice and the design of innovative education pathways, Aston and Cranfield Universities are supporting the proposed development of a new model STEM-focused university in Milton Keynes.

This blog has been produced for the Centre for Innovation and Learning in Education, a Catalyst OfS funded project.